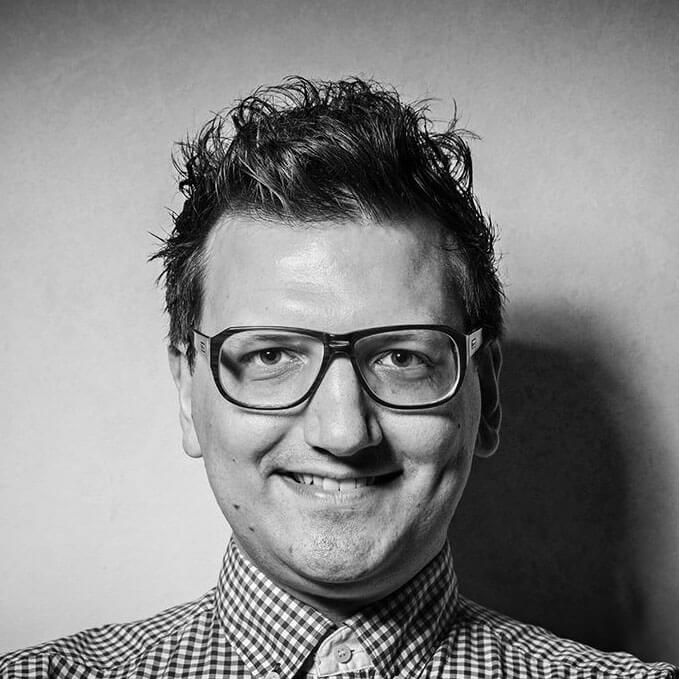 Idea generation is one of the most important, and most demanding, parts of any design project.

So what if we told you that you could easily be squeezing an extra seven concepts out of each idea?

Well, that’s exactly what the SCAMPER technique allows you to do. Read on to find out how!

What is the SCAMPER technique?

The SCAMPER technique is an idea generation method that takes an existing idea, and applies a series of transformations to it.

It was first proposed by Alex Osborn in 1953, and was developed more by Bob Eberle in his 1971 book  “SCAMPER: Games for Imagination Development”.

Here’s what it stands for:

Although we’re going to look at a visual example in this blog post, you can use exactly the same technique for other types of project — like a business idea, the storyline of a novel... you name it!

Start with an initial idea

Before starting, identify one design idea that you want to use for your transformations. It’s usually best to work on paper so that you can explore ideas rapidly.

For this illustration, we’ll use this simple sketch for a magazine cover. We’ve called the magazine “Magazine”, because we’re creative like that.

Our sketch is composed of the magazine name, two blocks of text about features, a photo, and a barcode area. 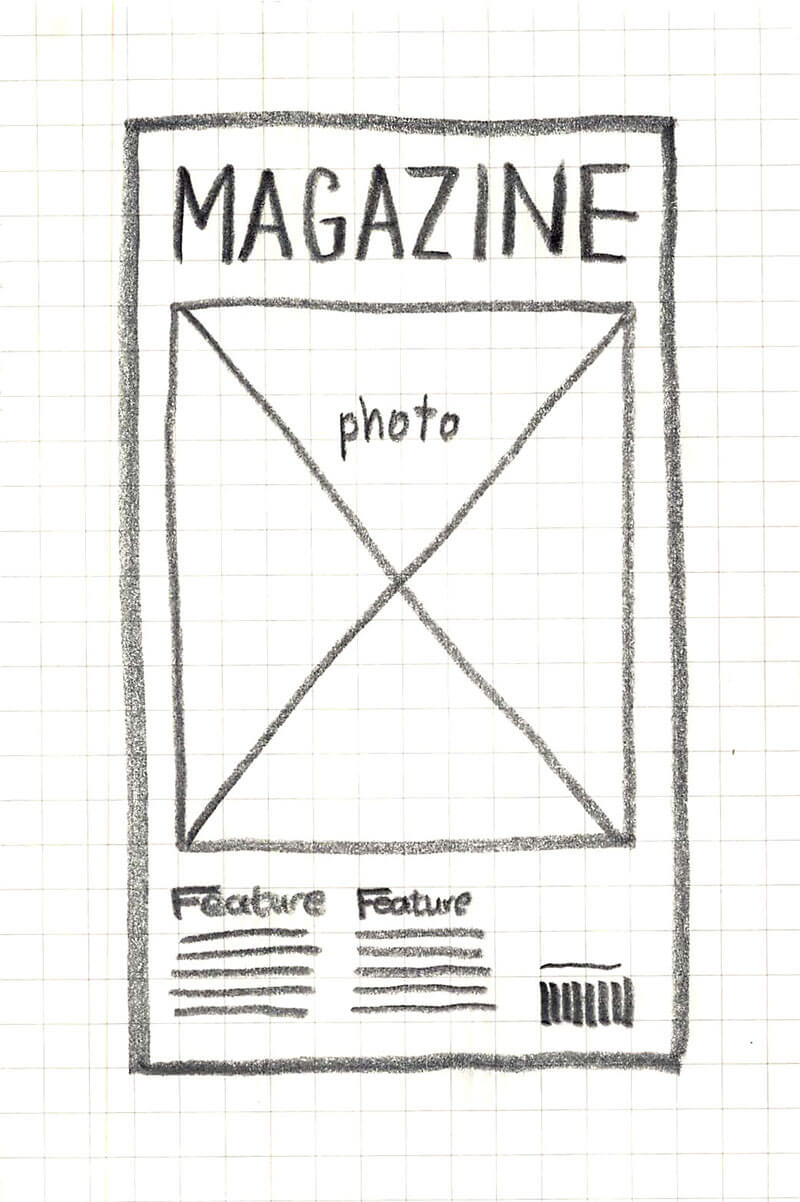 Substitute means swapping one design element for another.

We swapped out the blocks of text about magazine features, and replaced them with a headline and supporting text: 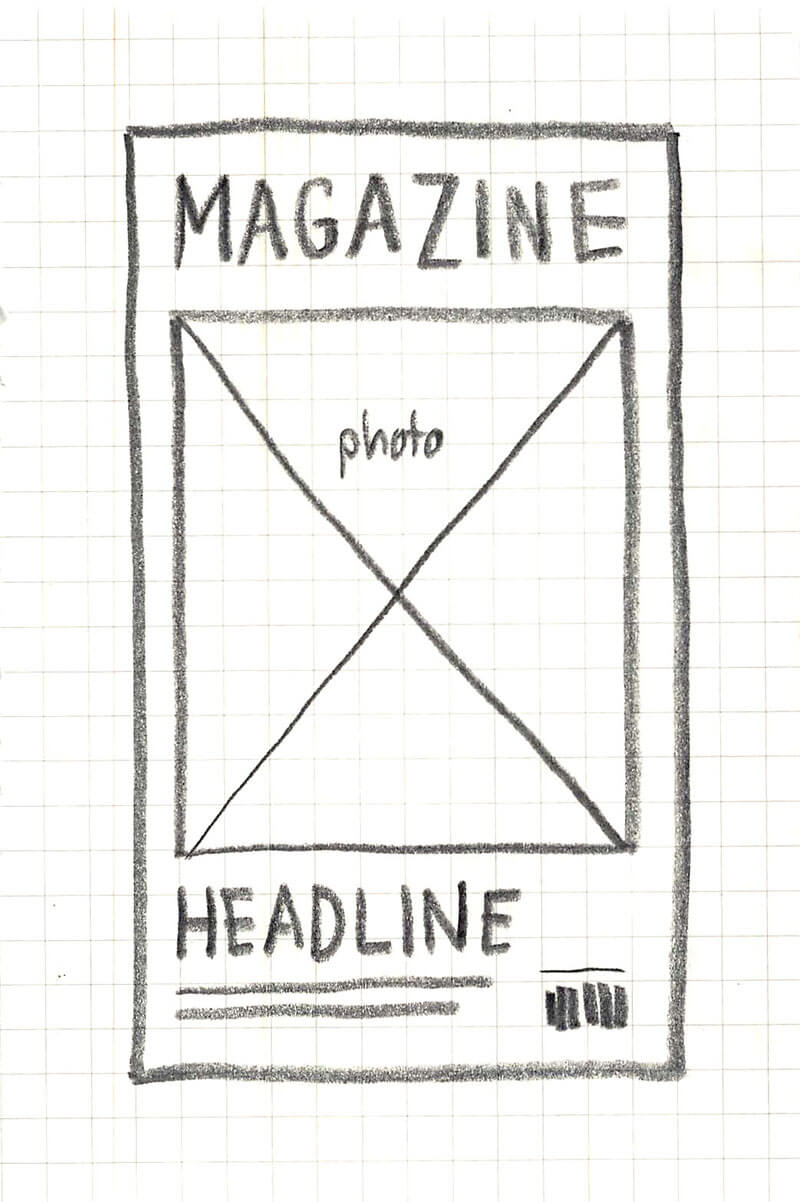 We cheated a bit by keeping the headline from our first transformation, and combined it with the photo by placing the text on top of the image: 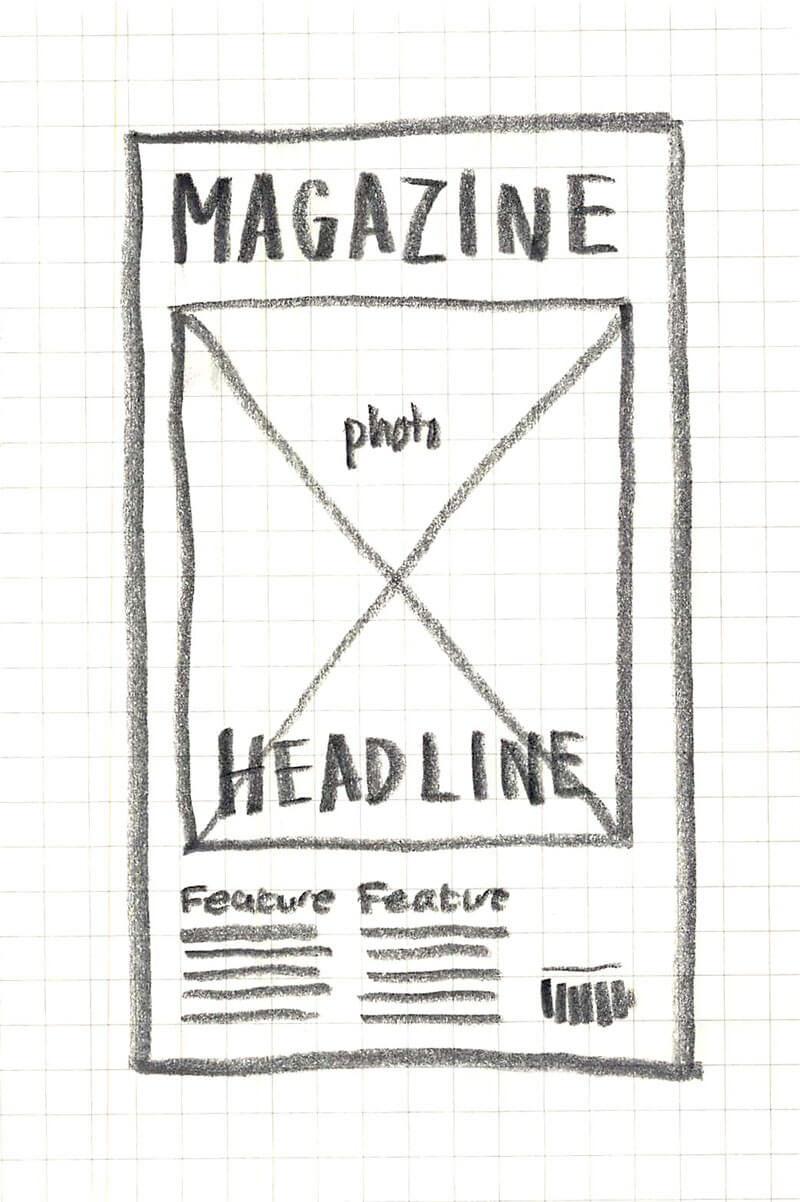 Adapt means taking one design element and transforming it into something different.

We adapted the photo by splitting it into multiple images, and then arranged them into a collage composition: 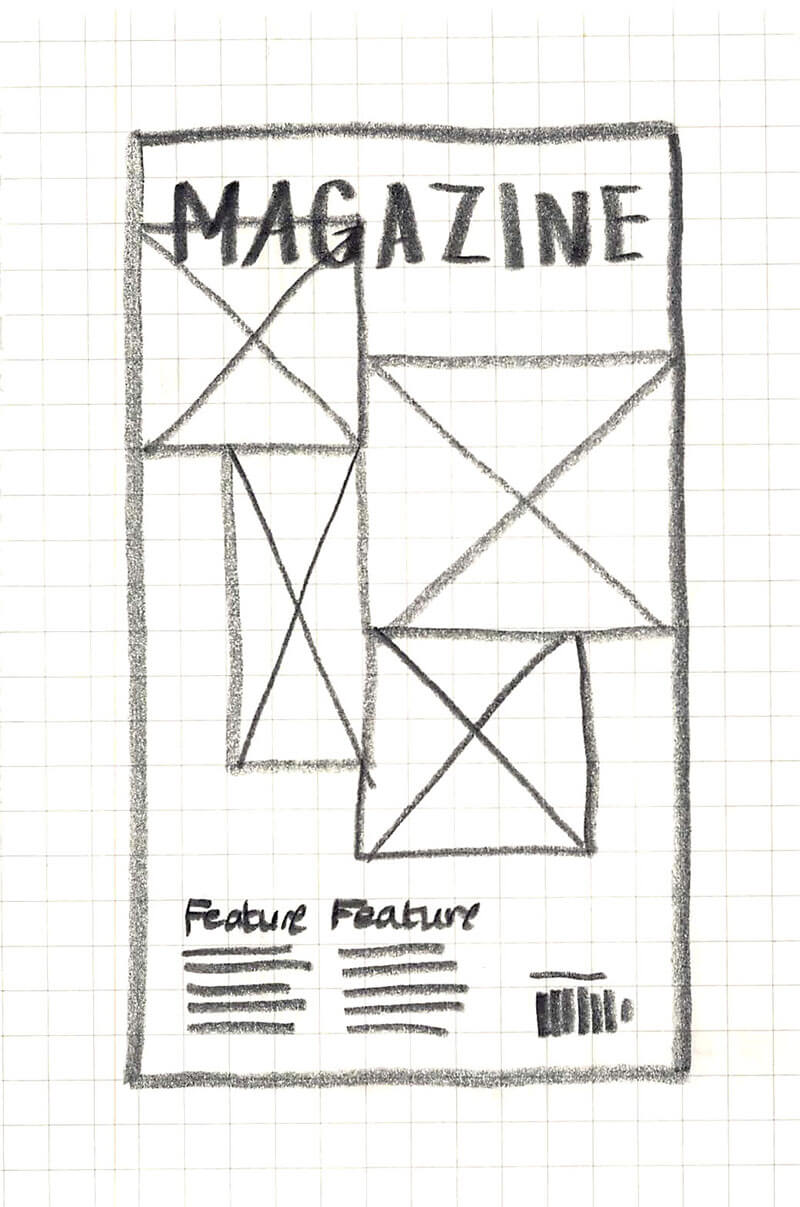 Modify means taking one design element and, while keeping the essential idea the same, altering it somehow.

We modified the title of the magazine so that it runs vertically instead of horizontally:

P: Put to another use

Put to another use means taking part of the design and using it for a different purpose.

We put the magazine name to another use, by using it graphically to become the visual centre of attention, instead of the photo: 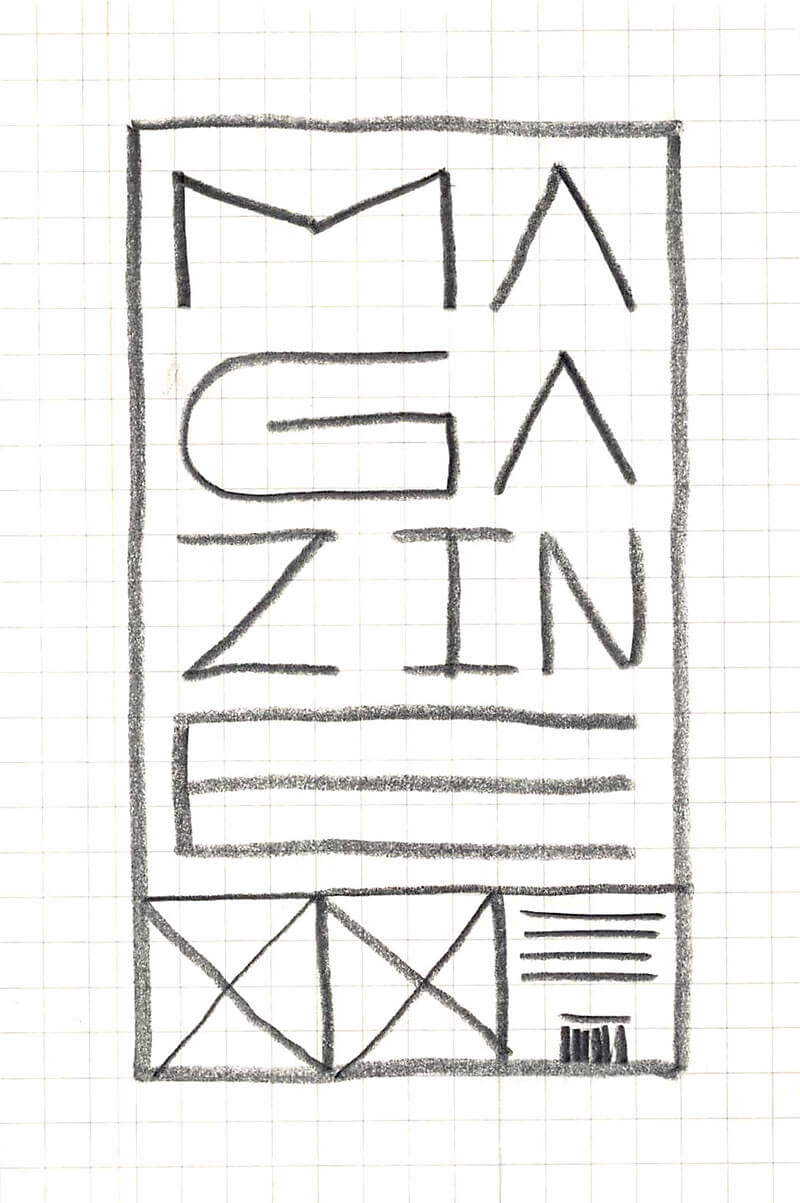 Eliminate means removing one or more elements from your idea.

We eliminated the headline and text blocks, leaving just the photo, magazine title, and barcode area: 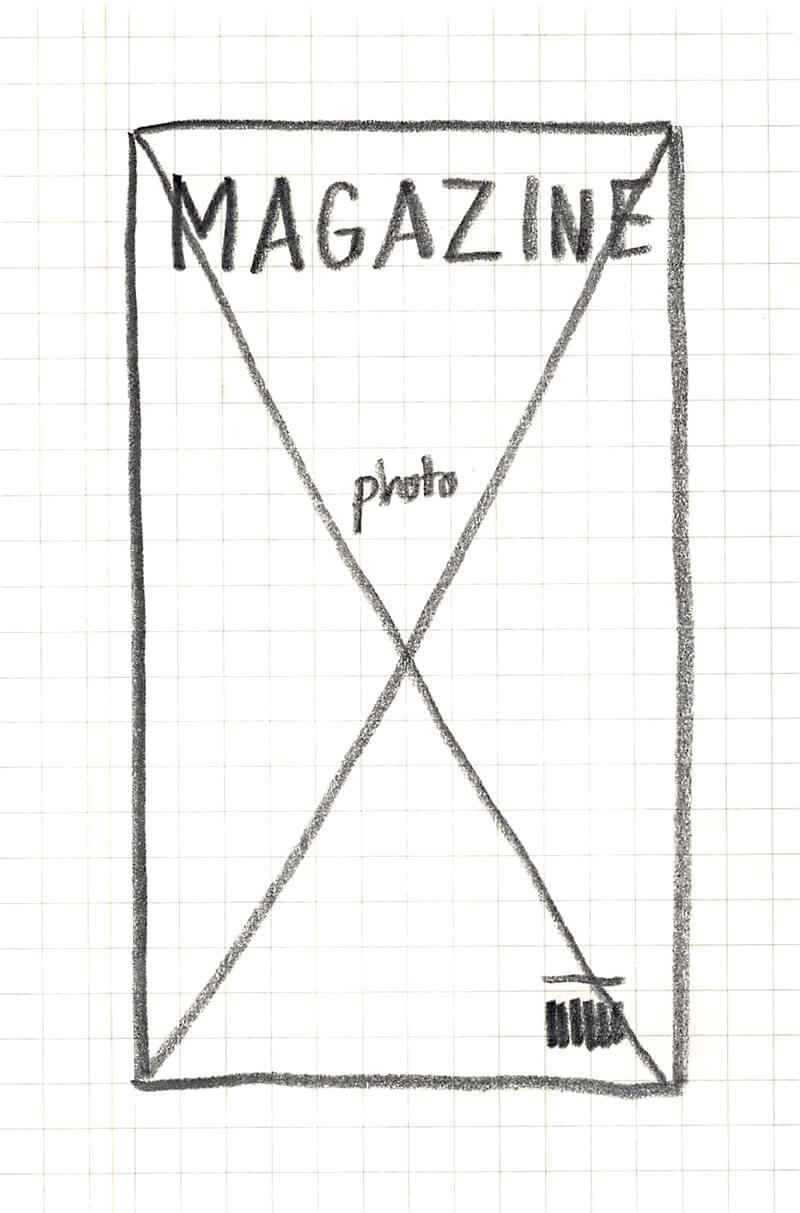 Finally, reverse means exploring what a design would be like if things were the other way round.

We reversed the positions of the magazine title and the text blocks: 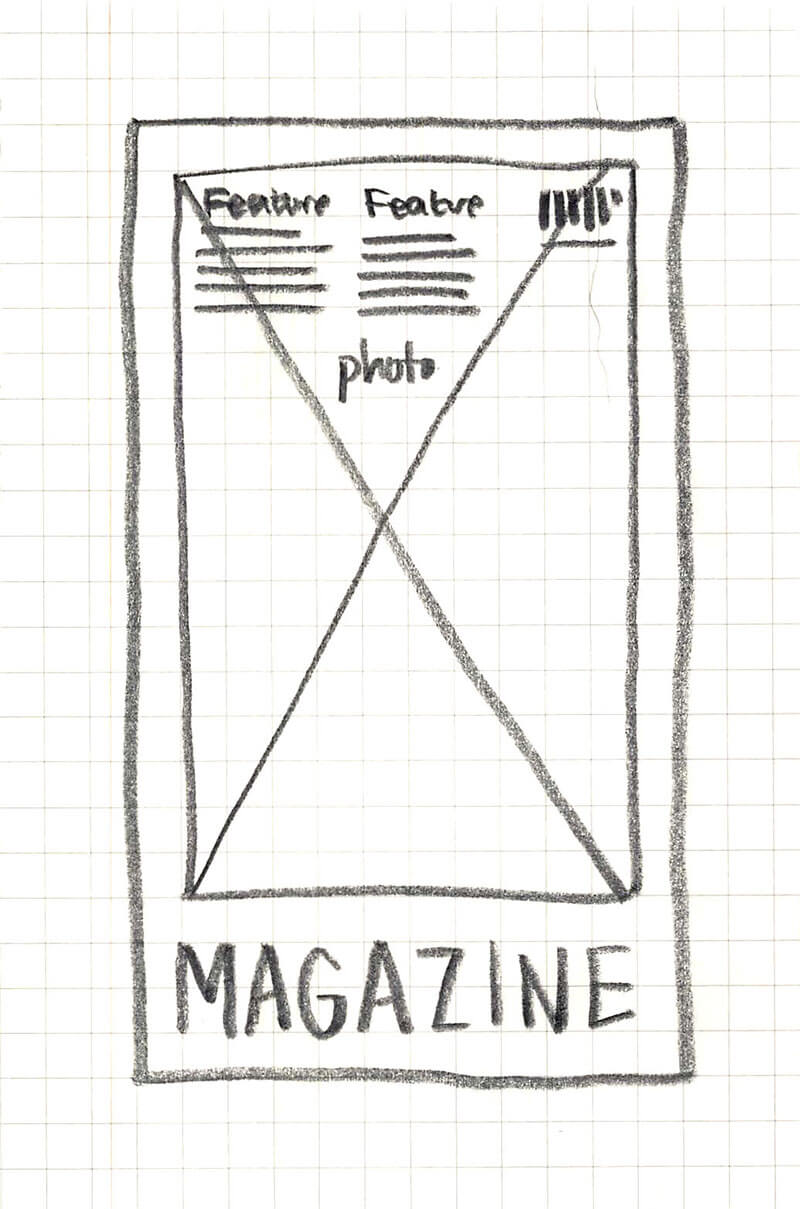 This simple technique is a great way to help you rapidly explore more ideas at the start of the design process. Try using it in your next project!

Want to learn about design?

Baseline is a free design bootcamp with 100% in-house course materials. You can start at the beginning or check out the design principles assignments to get a feel for things.

Been considering a design course?

All of our course materials have been created in-house by expert educators. They’re available, in full, for free.

We don’t ask for your email address, or make you create an account.